Long time no post. I have been busy people. Image Above: Hey I was in France about a week ago for a focus program but I participated as a curator. In short summary of that trip: Nigeria has a looonnnnnggg way to go with art, collecting and not to talk of our museums. Story for another day, this is a studio update! In the studio I have been working, yes I have and I am looking forward to showing my new work, and I hope I get an opportunity soon.

However I have been trying to finish up (like that will ever happen) with old works. “Finish” used here refers to works I started already ( paper cut, collages made but lacking drawings or paper cut, collage pieces cut but not glued and so it goes) but I just never came around to finish but they will always be ongoing work whether or or not I finish what’s on the table.

The work in progress series are as follows;  Ivie series which started in December of 2014 which has now inspired new work. 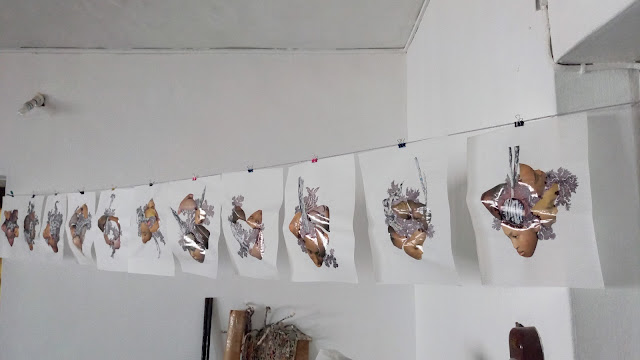 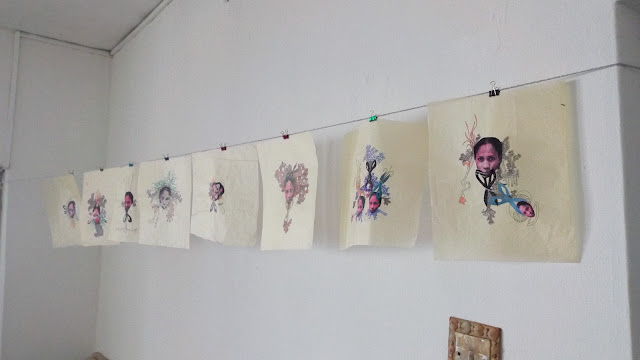 There is the hybrid series which I absolutely love and that started in 2015. And going way back to Hairvolution my first solo exhibition in 2014 there was an installation called “shut cut” which was ongoing even during the exhibition and still so now (many unanswered questions remain, the void remains).

These are just 3 series and they exclude my new pencil drawings which are broken down into 3 parts again.  One on beauty (I have not given it a name yet) and another called the memory project. With the memory project I am trying to remember things, events, people,  places and so on from growing up. I found that I can’t remember a lot of things especially during my teenage years and into my early twenties, there’s a memory gap and I kinda suspect the reason why (still thinking about that). The third part is actually just one drawing I started early this year. I seem to make one mark every two weeks, it’s been very slow.

Now I have a new project idea and I really want to get most these ones mentioned done at least to a certain extent so I can create room mentally for the new one; studio space is not the issue! And what’s more exciting is that it’s a sculpture project… I’m excited!  But I need money o!  Resin has almost doubled in price now according to my colleague Niyi (he stopped by yesterday). The prices of everything has gone up o! Hint…

Also this post is made from my new phone…  I closed my eyes ? and got myself a new phone so I hope I can be more faithful with blogging. 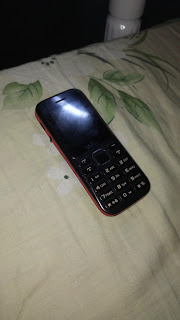 Yes that has been my phone for a long time, is it my fault? No light nau! (translation: really bad power cuts, in fact the going rate is 1.5 hours every 3 days)  ask anyone living in the shangisha / magodo area, it’s that bad. So I am grateful for the rain and cool weather,  how man for do?! And I’m keeping the phone!

As we love to say in Nigeria… It is well!

Thank you for reading.

← Timeline: a group exhibition opens in Johannesburg Why are artists obsessed with the past? →